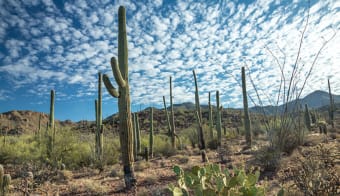 Hey, folks, I wrote this concussing (*'concussing' is an autocorrect for a misspell of 'concluding', but concussing is kinda nice actually) manifesto for a book I'm doing with some colleagues with Routledge on 'Theatre Education and the Climate Crisis' :

We acknowledge and affirm the severity of the climate crisis, and the role that theatre education and training must play as part of the response to this human-made calamity. We believe that, since theatre can engage humans on corporeal, spiritual, intellectual, affective, and social levels, the art form in all of its manifestations is uniquely positioned to engage the climate crisis. Despite these potentials, however, we also acknowledge that theatre, with its traditional focus on the human experience, can also be uniquely unwilling to acknowledge the anthropocentric origins and species-ist narcissism of the vast majority of its current expression. Similarly, while we affirm education’s potential to help instigate radical futures marked by equity-oriented individual and collective enterprise, current global economic forces often reduce post-secondary education to the simple acquisition of skills required to survive in an alienating neo-liberal marketplace.

With these challenges very much in the forefront of our thinking, we advocate for the following agendas, priorities, and commitments:

• Theatre educators must acknowledge, understand, and respond via our pedagogy, to the range of specific stressors to which our students are subject, including but not limited to: feelings of grief and loss about the climate emergency; social alienation resulting from economic systems predicated on pervasive productivity, vicious competition, and lack of predictable financial security; and intersecting minoritizations related to lived experience of racialization, gender-based violence, able-ism and other similar forms of violence. As educators we need to understand—and help our students to understand—that these forces are intimately related to the ecocidal and matricidal tendencies motivating the long-term plunder and desecration of the planet’s other-than-human entities.

• With a view to generating a strong sense of agency, solidarity, accountability, and purpose in our students, we advocate for youth-led cultural production that responds as directly possible, without being entirely reduceable, to student articulation of priorities in their study, leadership, and creation. We do not perceive such a commitment to challenge our frequently hard-won experience and expertise, but instead as a means of best sharing our experience in an accelerated and equitable fashion, as befits the urgency of the climate crisis.

• We affirm the value of using the teaching and learning of theatre, and the study of its potentials, no matter from what vantage in the art form, for the purposes of community building, community engagement, and the pursuit of intergenerational exchanges, as means of building the collective solidarities required to mount a substantive and effective climate justice movement in response to the climate crisis.

• Recognizing and honouring the many differences between our sub-disciplines within theatre, as well as the many different ways in which theatre stages a complex set of affective, cognitive, aesthetic, material, social and other interventions in the milieu in which it is pursued, we embrace a fulsome ecology of strategies and tactics in the pursuit of climate justice for all of earth’s creatures and environments.

• We do, however, acknowledge that the more ambitious and radical our goals and agendas, the more previously radical objectives may appear moderate, and by extension more palatable to the political centre, and therefore the more we can aspire to accomplish.

• We affirm and stand in solidarity with global anti-colonial efforts and movements that seek the indigenization of teaching and learning spaces. While not in any way discounting the many affirmative and equity-oriented modes of thinking to have emerged from western conceptualization and inquiry, we nonetheless advocate for the significant role that hitherto suppressed indigenous ontologies and epistemologies can play in redressing the conceptual imbalances fueling the climate catastrophe.

• We commit to advancing a rich and varied eco-literacy within our theatre programs, drawing on notions of an affirmative planetarity, biophilia, and multi-modal understanding of sustainability. We challenge ourselves and our colleagues to understand that the distinction between ‘nature’ and ‘culture’ is a false one, and to pursue our practical, creative, and conceptual work in classrooms, workshops, and studios, with this in mind. We endorse the understanding of a deeply imbricated and entangled relationship between the human and the other-than-human, and work to problematize reductive perspectives on representation and mimesis that are integral to many theatre cultures globally.

• While not committing to one single conceptual mode of challenging anthropocentrism, we seek to advance a range of (often competing) critical posthumanist and philosophical perspectives in our theatre and performance studies. Far from advocating an anti-human nihilism, we continue to celebrate the value and complexity of infinite types of human experience, but not at the expense of all other creatures and entities on the planet, or of the planet itself. Indeed, we celebrate the role of thought, reflection, consideration, and artistic expression, while seeking to understand how aspects of these endeavours—often considered to only occur within human cultures—may in fact distributed widely across a range of phenomena. In short, regardless of our conceptual agendas, we seek not to suppress human singularity, but instead to celebrate it without lapsing into the inevitability of human supremacy.

• Since the human failures that created the climate crisis result in part from a crisis of the imagination, we commit to helping our students pursue the energetic release and harnessing of the theatre’s most precious constitutive capacity—that of creativity—to generate the wildest, subtlest, most far-reaching visions, dreams, and manifestations of what a post-anthropocentric planet might look like. We recognize that these visions may just as likely happen in the acting studio, the applied theatre community placement project, the carpentry shop or wardrobe, and so forth, as anywhere else. We celebrate the intra-disciplinary resonances to be generated by affirmative mutual solidarity across our many sub-disciplines.

• Despite the urgency of the climate crisis, we vigorously defend approaches to theatre pedagogy that privilege curiosity, discovery, open-ended inquiry, and a commitment to the acceptance of failure as an integral part of the process of learning, and of theatre-making itself. We advocate love, loving-kindness, as well as self- and collective acceptance, as being integral aspects of the kind of dependencies and interconnections we seek to engender between ourselves, our students, our human communities, and the planet’s many other-than-human creatures and entities. We advocate acknowledging and supporting our students’ healing, wellness, and their journey out of trauma of all kinds, as a means of facilitating their planetary solidarities.

• We do not expect ourselves, or our students, to remain unchanged by the agendas articulated here: we embrace individual, collective, and planetary transformation.