Thoughts on CUT by Hayley Malouin 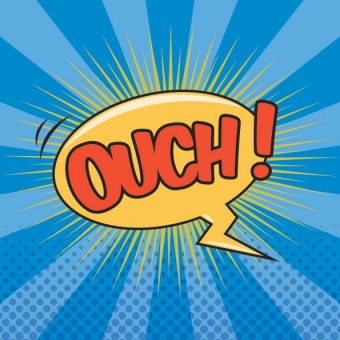 CUTting to the Quick

“There is hostility in war, yes. Hunters, on the other hand, are usually fond of what they’re after. Passionate even.” There is an old Portuguese proverb that says: in war, hunting, and love, for one pleasure a hundred pains. This marriage of pleasure and pain, love and war, is at the heart of David Fancy’s new play CUT. In a staged reading at the Niagara Folk Arts Multicultural Centre, CUT’s characters grapple with pain, fear, and the continuing quest for communion with a degree of honesty that is both disturbing and refreshing.

That’s a lot to unpack. Let me explain.

The site is an old, chilly schoolhouse in downtown St. Catharines. A small group gathers to listen and observe as four actors read from music stands. What ensues is less of a performance, and more of a text-based group experiment. CUT explores the impact of mental illness—in various manifestations—upon a contemporary Canadian landscape, and how the landscape itself can act as a catalyst, intensifier, and distorter of such illnesses.

CUT revolves around the experiences of four characters: Fatima; her husband Richard; Richard’s psychiatrist Colin; and Colin’s daughter Liz. Through their stories, told sometimes to one another and sometimes directly to the audience, as well as through stage directions read by Fancy, a picture is painted of a hazy theatrical world. The four seem to be wading through the fog of this world, trying to find both each other and themselves. This hunt for community, for communion, is what powers the events of CUT. The audience are witnesses to four people trying to—literally—cut their way through the thick, suffocating pain and terror that informs their lives and relationships. They are all in crisis, and are grasping at ways to handle it.

Fatima, read by Karen Glave, is a recently married woman from Africa, desperately trying to have sexual relations with her husband while grappling with after effects of the female genital mutilation inflicted upon her at the age of five. In a disturbing monologue powerfully delivered by Glave, Fatima talks about the “sisterhood” of circumcised women she was initiated into, and how the women in her life urged her to celebrate her pain as part of “a true sisterhood united by cleanliness, purity.” Fatima carries this trauma with her, so much so that Liz (Kirsten Rae Hinton) claims that Fatima still looks five years old. Glave and Hinton are electric in their exchange; their fear and fascination is simultaneously tragic, dangerous, and tinged with wonderful moments of humour. Their struggle to find some semblance of loving community influences their candid, ginger interactions, which are both sisterly and sensual.

What makes CUT so intriguing is its constant reflection on and questioning of its own content and messages. It does not let itself get away with anything other than the ugly truth. Fancy handles the subject of self-mutilation delicately and deliberately, having the character of Liz constantly reflect on her own thoughts and actions. She is not painted as a victimized damsel with daddy issues, as so many self-mutilators are in media. Rather, she is an intelligent, thoughtful woman who has experienced great trauma, and therefore must go to great lengths to come to terms with it. Neither villainized nor glorified, Liz’s actions are simply explained—the audience is left to determine the implications for themselves.

Similarly, Jason Jazrawy’s depiction of Richard’s unchecked aggression and longing for anarchy is not condemned as solely the violence of a hegemonic dictator slowly becoming out of date in 21st century Canada. Richard, whom Fancy describes as carrying “the entire history of patriarchy,” is also trying to understand the enormity of the responsibility he has—as straight, white, and male—to a world his ancestors have raped and colonized for centuries. Ultimately, we see that this sense of responsibility has crippled him, sending him into the deranged clutches of Colin (Ed Heeley), a “progressive” psychiatrist with delusions of omnipotence.

It is in Colin’s story that we see the greatest conflict between the unfavourable nature of the character and the intense pain he is experiencing. Set up as an antagonistic force, Colin’s therapy is slowly driving Richard insane with guilt and paranoia. Here we see the damage that unchecked power and domination can do; the villainy of patriarchy. Here we see Colin as colonizer. And yet, our first encounter with Colin sees him auto-erotically asphyxiating. As he explains to Liz, he has “a very particular relationship” with his breath. Colin’s incredible vulnerability in these moments challenges his role as conqueror, as well as the atrocity of his actions towards the other characters.

What Fancy does so masterfully, and what makes CUT not just a melodramatic exposé on mental illness, is create beautiful and identifiable archetypes, and then place them in an environment that challenges their archetypal qualities. Richard, the Hairy Man, has an existential crisis about his place in history as a brutish colonizer. Fatima is the Priestess; wise and knowledgeable beyond her own experiences, yet she develops a fetishistic obsession with Liz’s self-mutilation. Wolf Girl Liz, desperately hunting herself, has exceptional moments of clarity as she realizes the nature of her fascination with Fatima. And Colin, the Cosmic Guide, is seemingly mad with power, performing dangerous mental experiments on Richard’s fractured psyche. Yes, these characters have certain qualities that are larger than life, almost a sense of mythos, but they are not heroes. Most of the time they are not even likeable, but they are undeniably captivating.

Ultimately the hunt depicted in CUT is a hunt for bodily agency. To reclaim authority over bodies that have been taken, violated, controlled, and colonized is the driving force of all four characters. As an audience, we are asked to acknowledge this hunt, and to be open to understanding the methods through which these four attempt to reclaim corporeal agency, and to question the structures in place that distort human unhappiness into such self-destroying behaviour.

CUT makes no grand sweeping statements about how people suffer, and by what noble means they overcome this suffering—the characters are too intelligent to fall into such self-help-ship. Instead, CUT posits a world in which everyone is broken, and getting “fixed” isn’t as important as coming to terms with one’s brokenness. As a reading, it is magnificently forthcoming, enticingly intelligent, and beautifully unsettling.